You can count on us for all your executive recruiting needs. 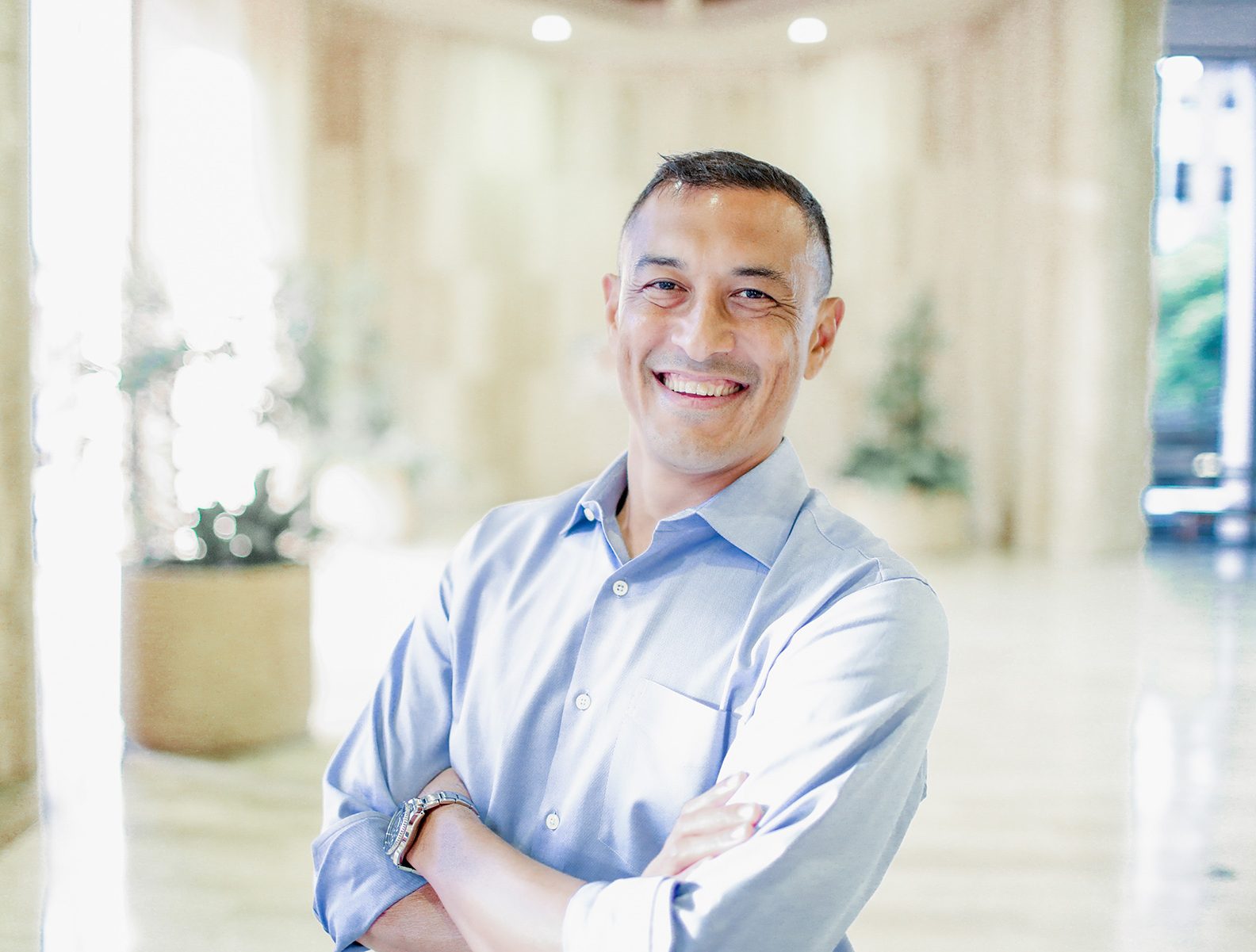 Since taking the helm in 2018, Benjamin Ancheta has brought new energy to Inkinen. His experience in building and managing high-performance teams in a wide variety of industries has been instrumental in expanding the company’s executive search capabilities.

A graduate of Kamehameha Schools, Ben attended Carleton College in Northfield, Minnesota, where he earned a BA in economics. He worked for Deloitte as a management consultant in the US, Europe, and Asia before earning his MBA from The Anderson School at UCLA. After working for a variety of startup and high-growth companies, Ben returned to Hawaii in 2007. Since then, he has held C-level roles at ProService Hawaii, ‘ike, and ‘Ekahi Health System, and was president and founder of Huliau Capital.

Ben has been recognized for both his leadership and his commitment to the community. He was named a Pacific Century Fellow in 2010, an Omidyar Fellow in 2012, and one of Hawaii Business Magazine’s 20 for the Next 20 in 2013. Ben invests a great deal of time volunteering for community organizations and currently serves on the boards of HEMIC, KCAA Preschools, Movers & Shakas, and YMCA Honolulu. 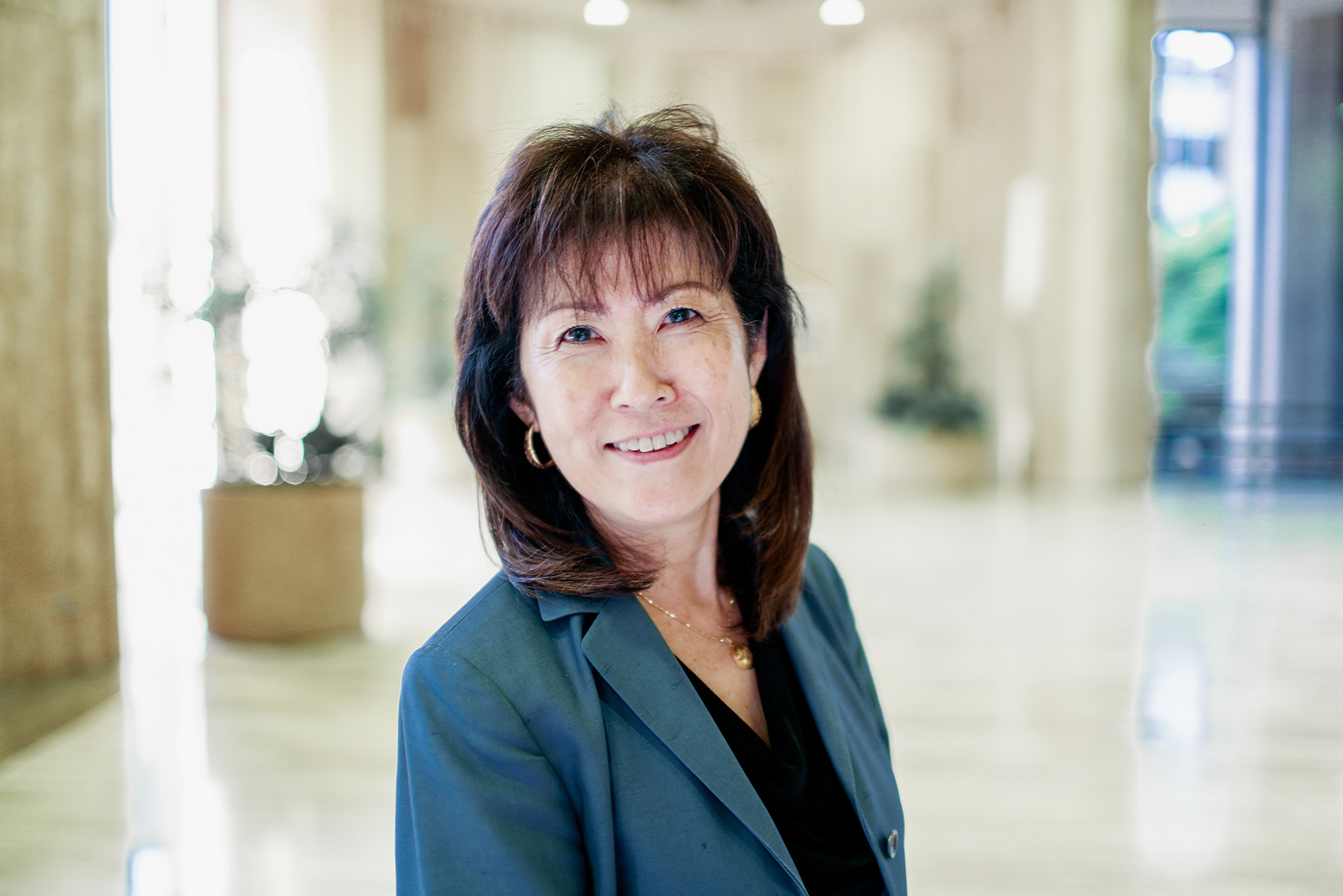 Clients benefit from Ann Katekaru’s vast experience in executive recruitment and human resources every day. Ann Joined Inkinen in 1998 and has more than 30 years of human resources management experience in the financial, real estate and healthcare industries. Prior to joining the firm, she was the senior vice president of human resources for Bank of America in Hawaii. Ann received her bachelor’s degree in business administration from the University of Hawaii at Manoa and earned a professional designation as a Senior Professional in Human Resources (SPHR). She is a certified representative in the use and administration of the Professional Dynametrics ProgramTM, which is a personal styles survey supporting employee development applications.

Ann is an active member of the community and spent many years on the board of directors for the Society of Human Resource Management (SHRM) Hawaii Chapter and continues her involvement with its Workforce Development Committee. She is also a member of the Human Resources and Education Committee for the Retail Merchants of Hawaii and the University of Hawaii Alumni Association. Ann was formerly a director of the University Clinical Education and Research Associates, a trustee of the Oceanic Institute, and an examiner for the Hawaii State Award of Excellence. Ann’s personal passion for excellence continues to support the advancement of human resources in Hawaii.

Having a passion for people and helping them find their calling is what Melody Fukushima calls, “Aces in their Places.” With nearly 20 years of human resources management experience, Melody brings an enthusiasm for executive search and placement to the team. She has extensive HR generalist experience at firms of all sizes, both locally and nationally. Her core expertise includes employee relations, on-boarding/recruiting, benefits management, payroll/HRIS, project management and coaching & development. Additionally, Melody is a trained analyst in the use of the Predictive Index (PI) System, which is a science-based assessment tool that provides managers with accurate, actionable data quantifying the drive of employees.

Prior to joining Inkinen, Melody held the position of executive team leader of team relations for Target Corporation in Boulder, Colorado. She was also the director of human resources for TeamPraxis, LLC and most recently, the director of human resources at Roberts Hawaii Inc. Melody earned a BA in business administration from the University of Northern Colorado with an emphasis in sales & marketing and speech communication. She is also a member of the Society of Human Resources. In her free time, Melody enjoys volunteering with her children’s school and sports teams, is active with the PFA and enjoys traveling. 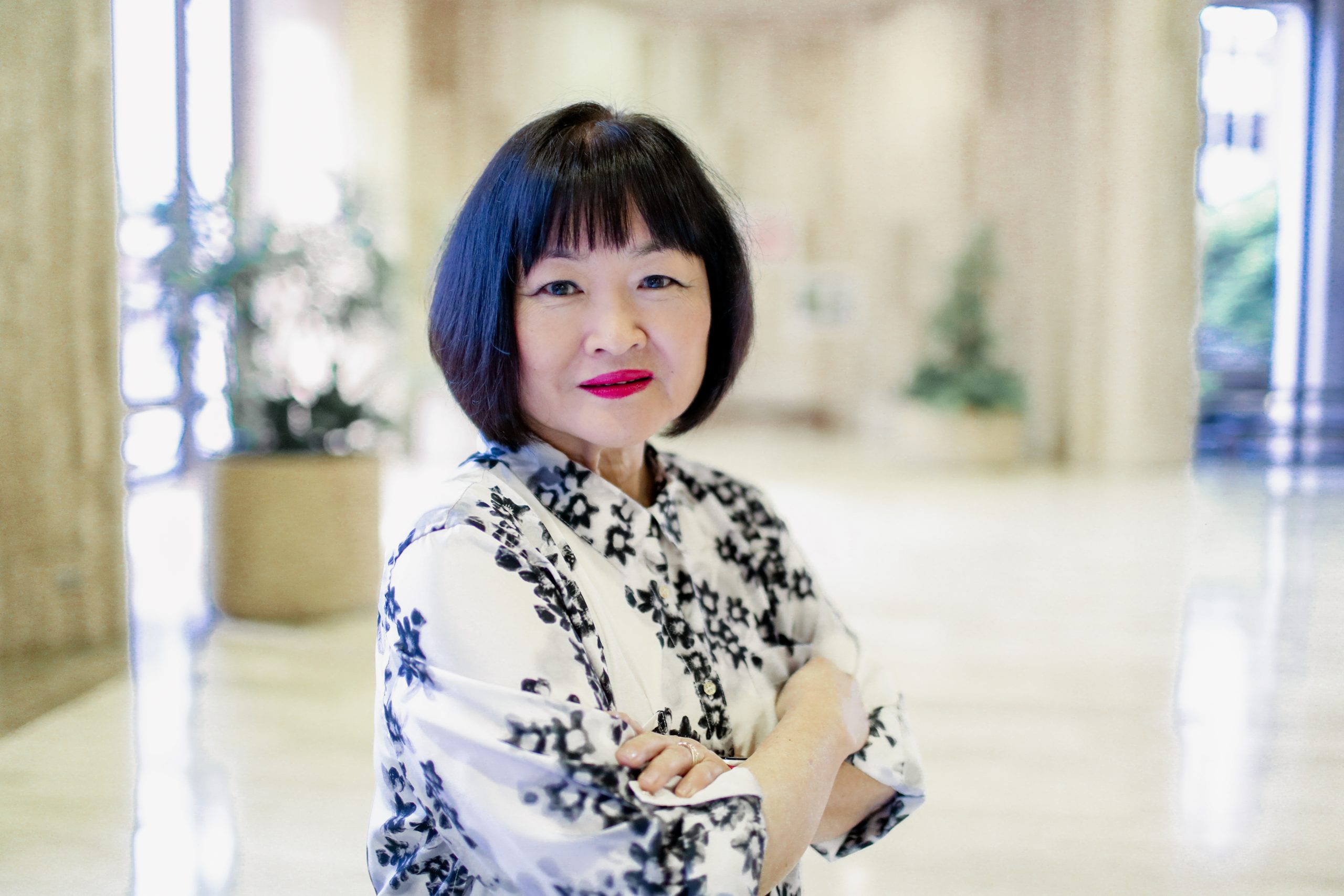 Hilda Min brings more than 15 years of direct executive recruitment experience for a variety of positions in a wide range of industries. She returned home to Hawaii a few years ago after working for several executive search companies in Singapore, Maryland, Virginia and Florida. By working in different locales, Hilda has gained expertise in understanding varied company cultures and environments, which has further enhanced her search capabilities. Earlier in her career, Hilda worked for Westin Ilikai Hotel, Hotel Hana-Maui, as well as the National Restaurant Association (Chicago).

Hilda received her bachelor’s degree in business administration from the University of Hawaii, with an emphasis in travel industry management and human resources. Since her return to the Islands, her community activities have focused on professional organizations, alumni associations and church. 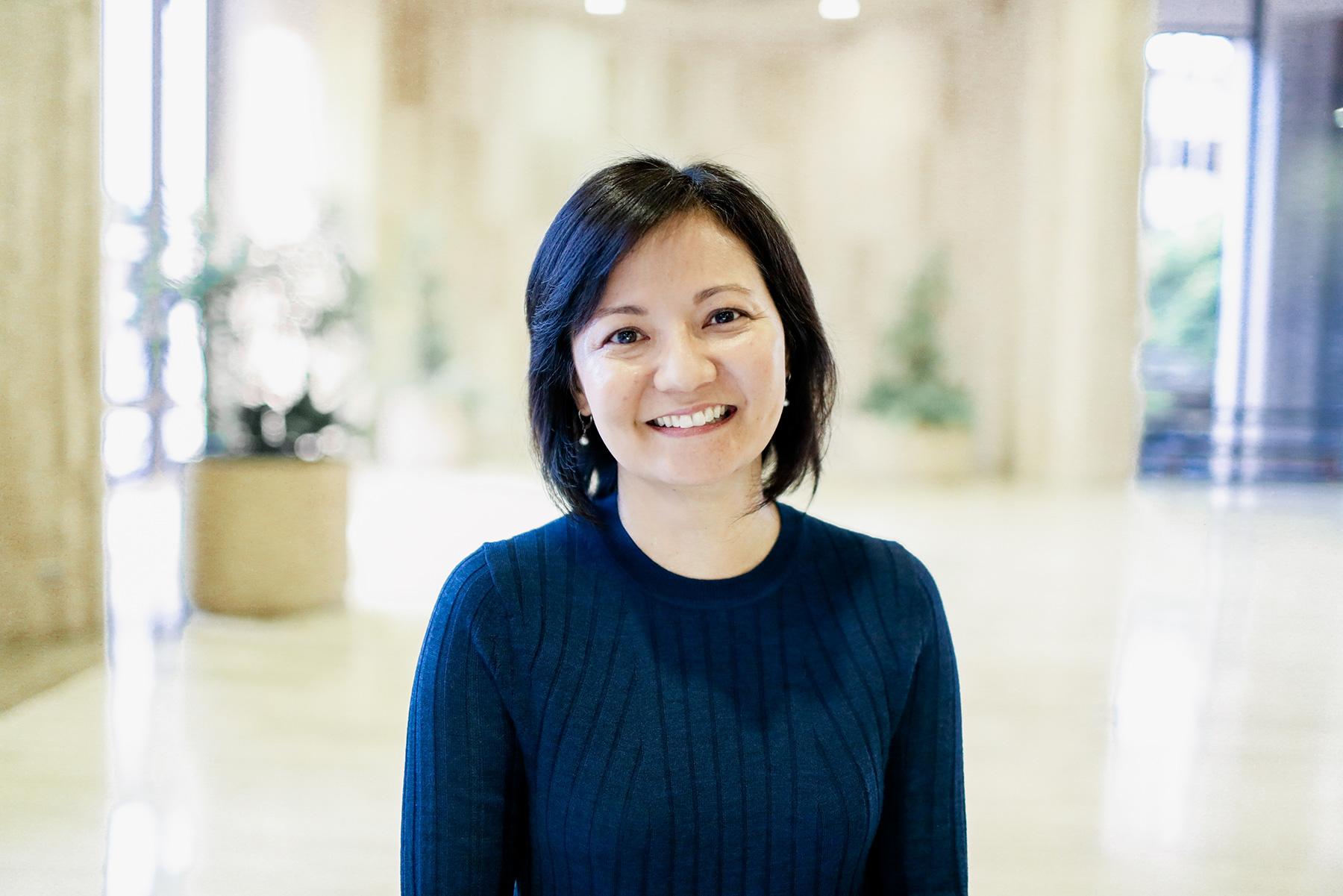 Christine Otto Zaa’s strong foundation in human resources comes from working in retail, insurance and human resources. Having owned her own graphic design business for ten years, Christine incorporates a creative approach to problem solving and strategy. She received her bachelor’s degree in political science from the University of Hawaii at Manoa and considers herself a lifelong learner.

Christine is active in the community and does pro bono design work for a local nonprofit organization. She is also a founding member of HI Good Neighbor, a grassroots group of residents across Oahu who champion causes that enrich our communities. When Christine is not making career matches or volunteering, she enjoys spending time with her husband, son and three fur babies. 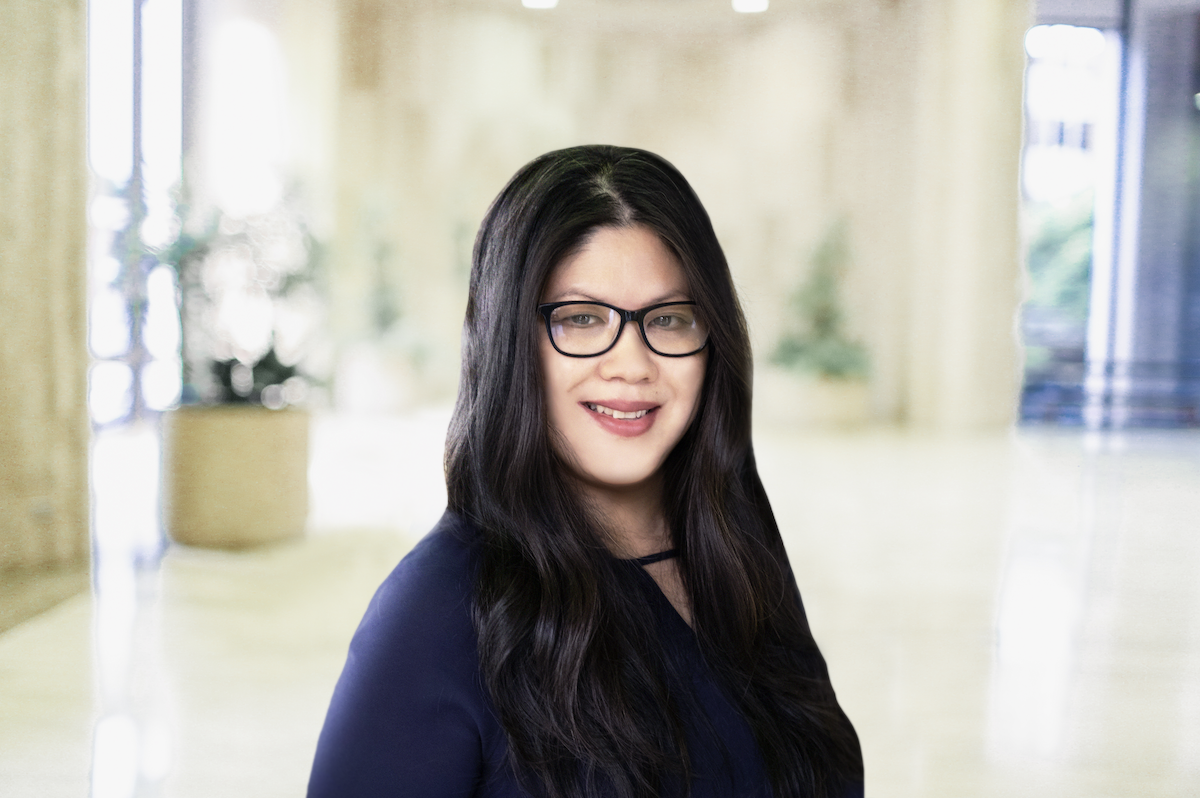 I-man Uyeda is an experienced talent acquisition consultant with more than a decade of corporate recruitment and agency experience. She has worked for notable global brands, including Hilton, KPMG, and Goodwill Industries. I-man is accustomed to being a part of high-performing teams and delivering stellar results for her clients. She has worked with small, mid-size, and enterprise companies — including nonprofit organizations — and brings a passion for client service as well as a unique ability to identify A-player talent. I-man hails from the Pacific Northwest and is an alumna of the University of Washington; she graduated with a BA in Communications and a minor in American Ethnic Studies. Born in Taipei, Taiwan, she is fluent in Mandarin Chinese, and has lived in Thailand while working for an international NGO doing humanitarian and development work. I-man spends her free time on foodie date nights with her husband, playing the piano and board games with their two daughters, and snuggling with their fur babies. During football season, she is busy cheering on the Seattle Seahawks. 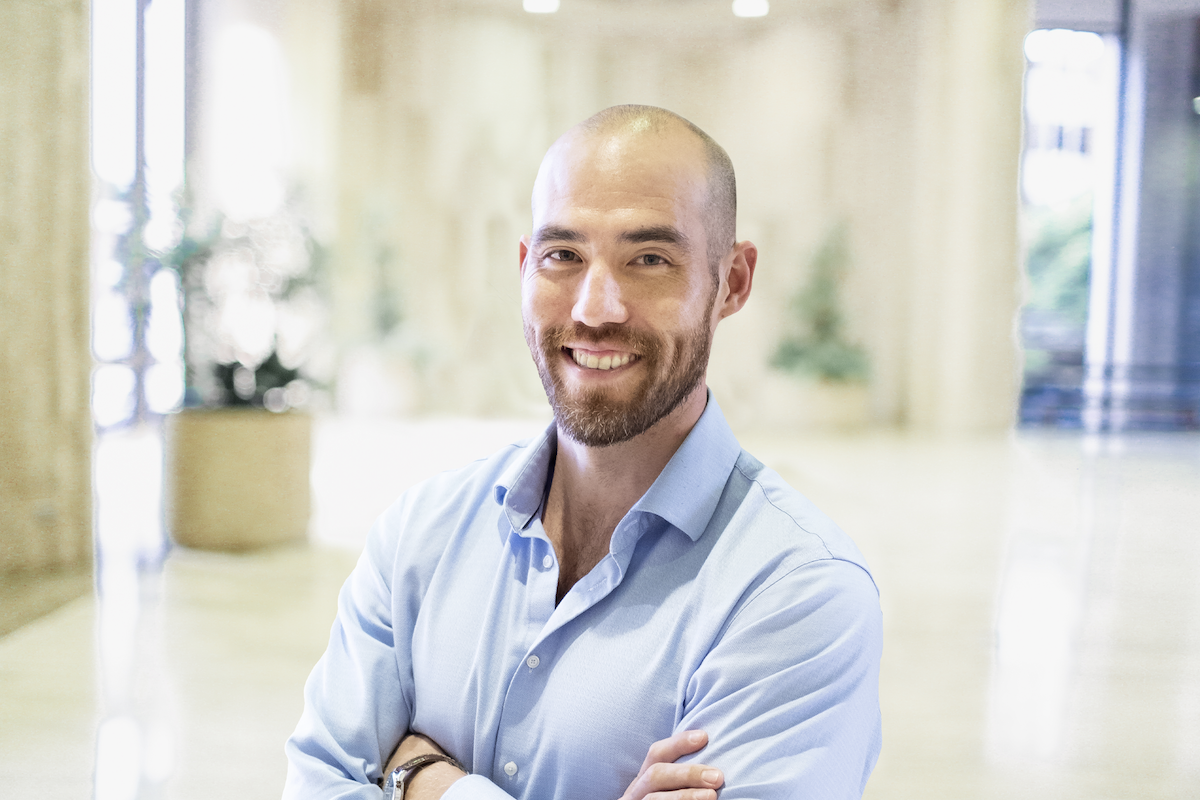 David Stanton holds a BA in finance from Santa Clara University and has nearly a decade of experience in staffing and recruiting. While working in the San Francisco/Bay Area, he focused on technical, creative, and executive recruiting in a vast range of environments, from startups to Fortune 500 companies. Before returning home to Hawaii and joining the Inkinen team, David had his own LLC, in which he focused on professional development, resume write-ups, and interview coaching to help clients land their dream jobs. David has a passion for philanthropy and is involved in multiple community service programs. He also enjoys rediscovering Oahu via surfing, rock climbing, hiking, and outrigger canoe paddling.